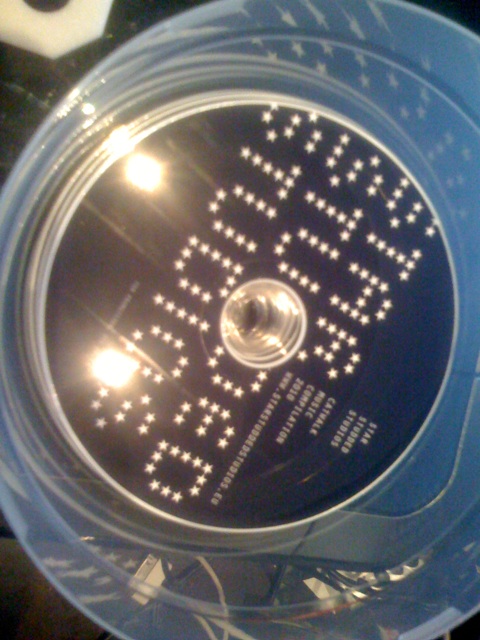 there are many different ways to produce a soundtrack for a runway show. from simply plugging in an ipod, to hiring a celebrity dj or live musicians – and everything in between. at star studded studios we take things a step further, by immersing ourselves completely in the designer’s vision, thus creating a total concept with a unique combination of music, technology, and a genuine love of fashion.

“we really delve into the brand and absorb as much information as we can, before crafting a proposal,” says joost van bellen, one half of star studded studios. “and we’re perfectionists. sometimes we start work months in advance, just to get it right. we have our own, specific method, and we’re incredibly passionate about what we do.” with a true love of fashion comes a unique understanding of how music can complement a runway show, enhance each look and communicate the vision of the designer and brand to the audience.

“it’s essential to know what will happen during the show,” joost van bellen explains. “things like running order and colors are so important. for instance, if you see the looks go from whites to pastels to browns, we adjust the music accordingly. you want the soundtrack to accentuate each specific moment. this especially holds true if there are any showpieces. sometimes they really need to pop and make a statement. it’s all a matter of perfect timing. and that’s one of our specialties.” because of our background as club djs, it would be easy to pigeonhole star studded studios as purveyors of just dance music. but nothing could be further from the truth. in the world of fashion, diversity is key. and star studded studios has been known to utilize everything from rockabilly to rachmaninov, from charleston to chopin and from sirens to the sound of silence.

and of course we are also always on the cutting edge of contemporary tunes. throughout the years star studded studios has built up a large international network of djs, bands, festival organizers, promoters, record companies and music journalists, many of whom have become close personal friends. because of our contacts, we know about all the latest trends, songs which are destined to become a hit and often have exclusive access to original music and even unreleased tracks. by traveling the world and regularly attending major music conferences such as austin’s sxsw, miami’s winter music conference and barcelona’s sonar, we keep abreast of what will be the next big thing. we frequently go to live concerts – popular music and classical – are incredibly active online, and love to scour local shops for exotic tunes. amongst our latest finds: some amazing inuit music in a record shop in toronto…

“when we start on a project, we like to think of ourselves as a blank canvas,” says joost van bellen. “there are endless possibilities, and there isn’t a single type of music that couldn’t be fitting for a collection. literally anything could be great – we like to keep an open mind.

“as an example, we worked on a viktor & rolf show in paris, where the overall theme was the world in turmoil. the collection was meant to represent a moment of reflection in the proverbial eye of the storm, using statues as symbols of the everlasting. star studded studios decided to use just one song for the entire show: enjoy the silence, originally by depeche mode. but we used four different renditions, including an acoustic version on cello, accompanied by our own rhythm tracks produced exclusively for the show. and for diesel black gold in new york we acted as musical directors, gathering a group of musicians and forming a live jazz band especially for the occasion. we directed them to play along with our soundtrack, with original finger-snapping versions of lou reed’s walk on the wild side and nirvana’s smells like teen spirit.” 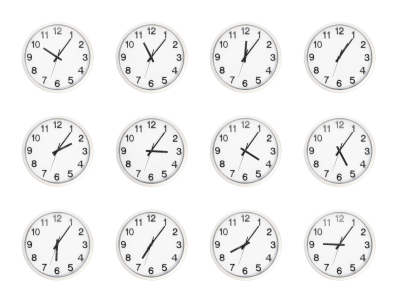 with clients all over the world, online communication has become a crucial part of star studded studios’ modus operandi. for this purpose, we produce special secure custom-made online client pages that contain all the relevant information. our broad technical expertise and background in web development ensures that everything runs smoothly.

“online communication just makes things so much faster and easier,” sander stenger explains. “especially because our clients are often based abroad, and everyone is frequently traveling. we like to brief our clients extensively, keeping the lines of communication open throughout the production process, by using the internet. this way, nobody needs to wait to make important decisions, everything is portable and time zones don’t matter.”

our method is thorough and straightforward. after the initial concept has been discussed, star studded studios selects the music, and creates a secure, custom-made client page. clients can log in, access the information and listen to the music. they can post comments, ask questions and request revisions, after which star studded studios adjusts the soundtrack accordingly until there is a final choice of music. the tracks are then incorporated into a mix, designed to coincide with the various looks and events during the show. then the mix is posted to the client’s secure webpage, and if necessary it can be modified several more times, until the final version is approved. 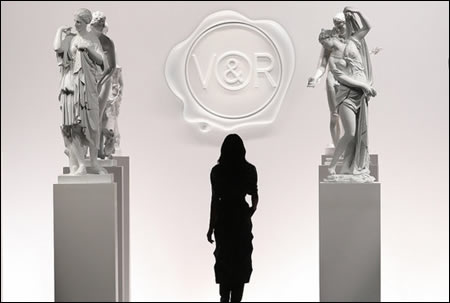 by using the very latest in music production and performance software, star studded studios is able to tweak everything to perfection – up to the very last minute.

“it’s not unusual to switch things up or make last-minute changes just before the show starts,” says sander stenger. “it certainly won’t send us flying into a panic. if need be, we can even cut or loop the soundtrack live during the show. this offers huge advantages, because we’ve all seen situations where you need to stall for time: sometimes things take longer than expected backstage, or the models walk slower because their skirts are too tight or their heels are too high… with star studded studios there will never be any fade-outs, and the finale music will always start at the exact right moment, because we can adjust the soundtrack on the spot.” 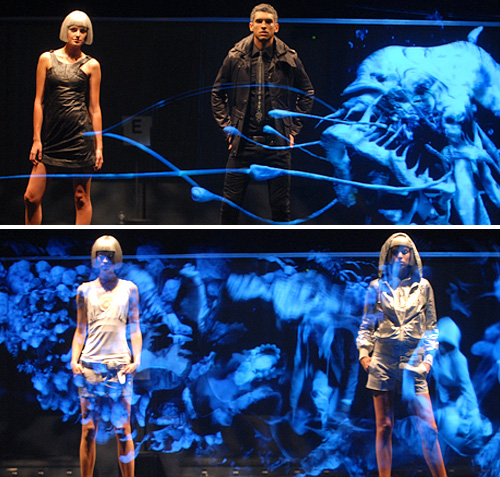 seamlessly integrating music, video and light makes for a great show. and making sure everything runs perfectly in-synch is one of star studded studios’ strong suits.

joost van bellen: “it’s all about timing. right now we’re working on a show for supertrash, where one of the models is styled to look like a famous movie star from the past. the minute she steps on stage, you see video projections of the movie star singing and you hear her over our soundtrack. of course it’s crucial it happens at exactly the right moment.”

in the past, star studded studios produced a show at pitti in florence, where we combined music and sound effects with 3-d projections to create the illusion of a spectacular underwater world, complete with deep sea holograms of whales and sea turtles, flowing sea weed and models encapsulated in giant bubbles. but simple visuals and sound effects are also an option, such as mimicking lightning bolts with the sound of thunder, light effects and video. 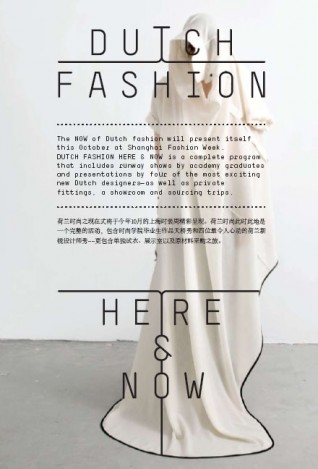 besides our international clients, star studded studios has close ties to the dutch fashion world, working with established brands, as well as backing new talent. “it’s always exciting working with young designers,” says joost van bellen. “of course it’s an investment, so we carefully select those upcoming designers we feel have potential to grow and become a success. By getting involved at such an early stage in their careers, we’re able to play an active part in the designers’ progress and develop a real understanding of what works for them.”

some young designers star studded studios has supported in the past include bas kosters, end by eva and delia, and mada van gaans.

star studded studios collaborates with htnk fashion recruitment & consultancy on projects like the annual lichting shows where the best students of fashion academies battle for the g-star raw talent award. htnk also organizes dutch fashion here & now; a catwalk & showroom program showcasing the best of dutch fashion -from education to industry- in emerging designer label markets like china (from 2010) and india (launch in 2011),  for which star studded studios provides all the music.

recently, we began working with mattijs van bergen and spijkers & spijkers, who are showing at london fashion week, and their new label sis by spijkers & spijkers, showing at amsterdam international fashion week. we continue to work with major dutch denim brand g-star during their shows at berlin’s bread & butter and new york fashion week, and with jan taminiau, who is currently designing for princess máxima of the netherlands and showing his haute couture in paris. our latest collaboration is with sjaak hullekes, winner of the dutch fashion awards 2009, whose menswear collection is showing at paris fashion week men.