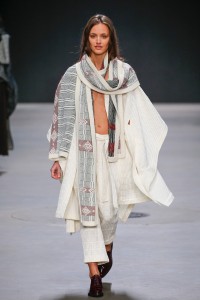 we mixed the sound score for the avelon autumn winter 2015 show during mercedes benz fashion week amsterdam. it was the official opening show and celebrated the successful übercool dutch brand’s 5th anniversary. the collection was all about nomads who travel the world, collecting items, styles and fabrics along the way. it was a no nonsense presentation, and the music had to be likewise. the mix is online.

the clothes were beautifully tailored, mixing different cuts, designs and fabrics from all over the globe. avelon made sure these opposites didn’t collide, it created the strong and feminine looks the brand is known for.

the main briefing was clear: a repetitive sound score, using themes in different ways over and over again: it had to be a fashion machine… and at the same time a collision of style and music, mixing the edgy with the beautiful, using strong rhythms with bass melodies and classical influences.

we sampled rhythms by the likes of gesaffelstein and a few others, looped parts of awry’s ‘half a heart left’, and used carl harms and david james elliott’s ‘moving pictures’. we transformed the melody of ‘moving themes’ into a heavy rumbling bass throughout the show. that same music was also part of the sound score of the beautiful video introduction by niels van den top, which morphed the short movie and the actual show together. we sprinkled some samples from the great alva noto here and there to contradict the heavy bass sounds.

we loved being part of the avelon team. it’s not often we can make a repetitive sound score which has a less is more statement. and believe us: less works great with a great collection but is not an easy job: less can be a bore, so we had to make sure timing and suspense kept the audience on the edge of their seat and focussed on the clothes. we think we did a good job. big up to erik frenken and all at avelon. we love you. 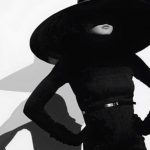 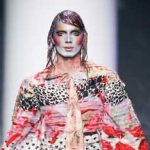